San Vito Lo Capo, one of the best beaches in Sicily 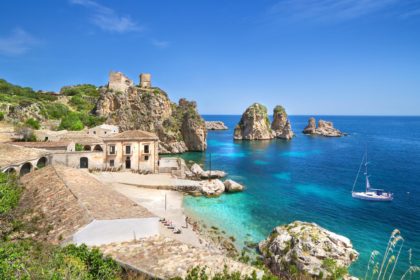 San Vito Lo Capo is famed for its beautiful beach. Here we look a little closer and discover what else there is to do in and around this seaside town.

Picture a sweeping bay of soft white sand, lapped by crystal-clear, turquoise water shimmering in the summer sun, finished off with a dramatic mountain backdrop. San Vito Lo Capo in the north-west of Sicily is home to one of the most beautiful beaches in Europe, and is particularly popular with families as its shallow waters are ideal for little ones.

San Vito Lo Capo Beach
The beach has areas of sunloungers and parasols for hire, interspersed by wide stretches of sand, perfect for building sandcastles. And, the little marina at the far end makes a pleasant spot for a short stroll. Scuba diving, sailing and paddle boarding are just some of the activities available.
Where to eat in San Vito Lo Capo
Feeling hungry? You’ll find plenty of restaurants and cafés to choose from, serving local cuisine as well as many familiar favourites right by the beach.

Set back a little from the beach, Bar Europa is particularly well-known and is famous for its panini con panelle and delicious chickpea fritas (reputedly made according to the owner’s grandmother’s recipe). While there isn’t a huge choice on the menu, Bar Europa offers good value, local food, made with the freshest of ingredients. Other favourites include excellent home-made arancini, pizzas, gelato and cakes.

These and other places mentioned in this article are marked on a map at the end of this post. Things to do in and around San Vito Lo Capo

The Sanctuary and Museum

In the centre of the town on Santuario Square lies an ancient fortress that dates back to the 14thcentury. Originally nothing more was here other than a small chapel dedicated to the martyr, San Vito. Over the centuries the building has been fortified and modified on numerous occasions, with its history filled with tales of miracles, pirates and divine retribution. As the fame of the church grew so did the number of visiting pilgrims and, in turn, the village itself was born with the chapel-come-fortress at its centre.

Zingaro Nature Reserve to the south-east of the town is one of our Top 5 Sicily Adventures. A fabulous walking route passes many lovely coves and scenic clifftop viewing points. Discover ancient towers, hidden caves and an abundance of flora and fauna. Plants include Euphorbia and the Palma nana (dwarf palm) as well as olive, carob, ash and cork trees. The animal kingdom is most notably represented by a myriad of seabird species, including the famous Bonelli’s Eagle and the Peregrine Falcon.

To get there, follow the road SP 63 from San Vito Lo Capo as it heads south for about eight miles, until you reach the car park for the reserve and the start of the coastal walking route.

The town is famous for its couscous festival held over 10 days each September. International chefs representing Italy, Angola, Côte d’Ivoire, France, Israel, Morocco, Palestine, Senegal, the United States and Tunisia compete to produce the winning dish. Cooking and talk shows along with other entertainment including live music take place in Santuario Square, filling the festival schedule in a celebration of diversity.

Other festivals held throughout the year include Easter in the spring, San Vito Fest in June (a feast dedicated to the town’s patron saint San Vito), a film festival in July and a mountain bike and climbing festival in October.

What you can read next 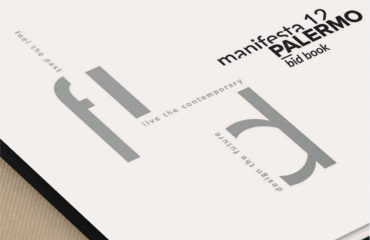 MANIFESTA 2018 IN 48 HOURS: THE TOUR OF PALERMO THAT WE HAVE PROVED FOR YOU

Powered by Gruppo360. All rights reserved.