MANIFESTA 2018 IN 48 HOURS: THE TOUR OF PALERMO THAT WE HAVE PROVED FOR YOU 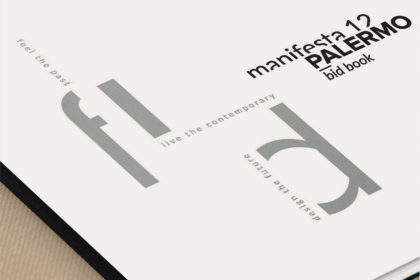 Art as a driving force for urban and social redevelopment is the goal of Manifesta 12, the nomadic biennial founded in the 1990s by Hedwig Fijen in Holland, which for this edition has chosen a symbolic city of meltin’pot: Palermo.

Many exhibitions that dot the city, many events and performances between official and collateral events, of different and distant artists but all strongly linked by the theme of making this city, with its processions and folk traditions, its baroque decadence its multiculturalism – mirror of the world.

We propose a tour of Manifesta 12 in Palermo in two days, a full immersion tested for you, mixing obligatory stages and a right dose of holiday flânerie to enjoy the new face of Palermo, hopefully not the result of a temporary make up but beginning of his, and ours, rebirth.

MODERN PALERMO
Palazzi painstakingly reopened for the occasion show their incredible wonders corroded by abandonment to time, hosting exhibitions that touch on strong and urgent themes such as immigration and the protection of diversity, from human to botanical.

«The Planetary Garden. Cultivating coexistence »is the title of a rich program developed by the Dutch Bregtje van der Haak, by the Spanish Andrés Jaque, by the Swiss Mirjam Varadinis and by Ippolito Pestellini Laparelli, with the OMA studio of which he is a partner and a series of local personalities have created Palermo Atlas, an atlas of the complexity and vivacity of Palermo, as a matrix on which they can generate the revival.

But let’s start our visit to Manifesta 12.

MANIFESTA 12 IN PALERMO: DAY ONE
The starting point for anyone wishing to visit Manifesta 12 is the Garibaldi Theater in piazza Magione, the headquarter of the event, re-opened for the occasion, with an adjoining café bar. Here the collective Wu Ming proposes an installation and urban walk linked to the places of colonialism.

Manifesta’s locations are divided into the ‘Garden Of Flows’ sections that explore the toxicity in plants and more generally the safeguarding of the Planet, ‘City On Stage’ dedicated to the possible requalification of Palermo and ‘Out Of Control Room’ investigates the theme of power in the current global flow regime.

If you want to take some guided tours, Manifesta 12 offers Gardener, young enthusiasts who will focus on a theme / location in about an hour.

But let’s proceed: Palazzo Ajutamicristo, nearby, hosts a collective exhibition on the power of transnational networks. Do not miss taking two steps in Corso Garibaldi, the street of the hat shops, and then go to Via Alloro, to browse inside the drugstores and ateliers, from those of the Addiopizzo movement to those, often temporary, of young artists and artisans, like Insula, not to be missed.

You are in the Kalsa district, the oldest in the city. Here there are two top destinations: the Garden of the Righteous, with the installation of Cooking Sections experiment of a cultivation of citrus fruits in drought, part of a series of inherent projects around the city, of which you can experience directly with Secco Climavore, a take-away lunch based on ingredients that have adapted to grow in arid areas, which you will find for sale in various foodstuffs in Palermo.

Then head towards Palazzo Butera – but if you can, make an extra stop for Manifesta by visiting Palazzo Abatellis, a museum of classical art with spectacular display by Carlo Scarpa and a masterpiece like the Annunciata by Antonello da Messina.

Palazzo Butera, bought by Valsecchi collectors (they sold a Richter to buy it) and restored, opens with a collective that unfolds in rooms that maintain the allure of time (still in the pipeline). It goes from video to an “all-fruit” room by Fallen Fruit to the floor / artwork by Renato Leotta.

Lunch break? A few minutes walk there are the Focacceria San Francesco or the Osteria dei Vespri. For coffee, Lorenzo’s chocolate.

Then it’s time to get back on your way to Palazzo Forcella De Seta, which hosts Patricia Kaersenhout’s salt mountain and very touching documentaries such as Forensic Oceanography’s Liquid Violence on the routes of migrants in the Mediterranean.

At the former Church of S. Mattia ai Crociferi, there is the beautiful video-installation ‘Incompiuto Siciliano’ by Alterazioni Video, which documents the prevailing style in Italy, the unfinished in fact, with interventions, among the various also by Marc Augé and Paul Virilio.

Head to the Botanical Garden, passing the church of Santa Maria dello Spasimo, a sixteenth-century church whose ceiling collapses makes it a unique and even more fascinating paradox. It is no coincidence that this was the venue for the inauguration of Manifesta 12, refreshed by the sparkling wines of the Ruinart champagne. Come to the botanical garden, lose yourself as well. Here the works are part of the subsection ‘Garden of Flows’ and talk about toxicity. They are to be found in the middle of bamboo forests, behind fountains, inside the greenhouse.

At the entrance, there is the new library in the Calidarium with a project by Radiceterna that involves the likes of Mario Merz and Allora & Calzadilla.

It is time to stop for an aperitif. Maybe in Piazza Magione, where there are plenty of restaurants of all kinds.

MANIFESTA 12 IN PALERMO: DAY TWO
After a day at the Kalsa, the Manifesta tour continues in the Quattro Canti area.

Depart from Palazzo Mazzarino, a private residential building open for the occasion. The colonnade of Cavallerizza has been invaded by Per Barclay of exhausted oil that creates an evocative game of reflections, designed by the Francesco Pantaleone gallery. While rooms like dungeons host the collective La Febbre, with ten very interesting young artists.

Second stage, the Salinas Archaeological Museum, for Evgeny Antufiev’s solo show promoted by the Maramotti collection in Reggio Emilia, which dialogues with the ancient works. Then comes an unforgettable moment, Palazzo Branciforte, restored in an excellent way by Gae Aulenti.

There is a nice restaurant for lunch, a bookcase that houses an mural by Ignazio Moncada on the entire ceiling and, unexpectedly, the change of scene when you move to another area of ​​the building, the former pawn shop of Santa Rosalia, where Lara Favaretto with “Investigate the subsoil, Atlas of the omitted stories” tells stories of restitution of artefacts stolen by tourists in Pompeii with a profound, ironic, suggestive, powerful reconstruction.

Three minutes on foot, and boom, another blow to the heart, exiled by Manifesta but it is inevitable a quick visit to the former Santa Cita oratory to admire the mastodontic perfection of the stuccos by Giacomo Serpotta.

Take a look at the Vucciria or, further on, Ballarò (even if the most beautiful market is that of the Cape) and then off to Quattro Canti to admire the art on the street of the ‘City on Stage’ section.

We highly recommend Masbedo and Matilde Cassani at Palazzo Costantino and the Soundwalk Collective at the former Oratory of Santa Maria delle Grazie.

A break? The Bisso Bistrot in the area or the Freschette vegetarian inside the Rice museum.

What you can read next 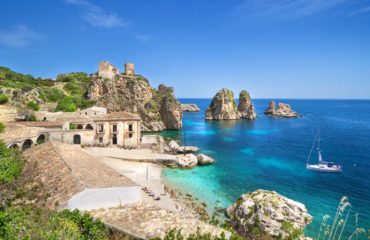 San Vito Lo Capo, one of the best beaches in Sicily

Powered by Gruppo360. All rights reserved.